Leonard Slatkin and the Met 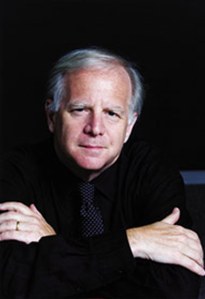 For the past week, I’m hearing from a lot of people  about Leonard Slatkin “bombing out” at the Metropolitan Opera.  Slatkin withdrew from the Met after only one performance of La Traviata. According to his blog, it was a miserable experience from the start.

If you’ve missed this moment of high drama in the classical music world, here are a couple of places to get caught up.

Gossip on this incident will spread for years.   It reminds me of the famous incident from the 1960’s, when Leonard Bernstein stepped out before a performance of the Braham’s Piano Concerto to make it clear he didn’t agree with how Glenn Gould wanted to play it.   The audio from that occasion is available on iTunes and other web sources.   Bernstein had the class to say that he thought Gould’s interpretation had some “interesting ideas” and that the free exchange of music should give Gould’s version the respect of being heard.  The key difference in the Slatkin incident, is that everyone is pointing fingers at everyone else.

From my perspective and my interest in amateur musicians of a certain age, I fear the incident is one of that amateur musicians will magnify and allow to interfere with their own musical growth and pleasure.   After all, if professionals are this mean to each other, what chance does an amateur stand, right?

I applaud Slatkin for taking on the challenge – and even for suggesting that he had a lot to learn from the professionals at the Met.   He may have seen this assignment as an opportunity for personal growth that might be fun.   Clearly, the attitude in New York demanded something else.

Not everything we try is going to succeed wonderfully.   Even if we enjoy constant success, there’s a lot about making music that remains elusive, difficult, and challenging.  At the same time, there’s a lot of room for personal expression.

Piano players talk a lot about the personal style each person brings to the keyboard.  Often, the differences are very subtle nuances that are not easily distinguished by a “professional” ear.   But there is an acknowledgement that differences in physical size, strength, techniques, life stage, emotional depth, and even spiritualism breathe in and through the piano player’s fingers and feet to make each person’s performance of a piece of music a little different.  One frequently heard criticism of young conservatory graduates is that “they all sound the same.”  Apparently, they are more concerned about modeling their performances on “professionals”, than developing their own voices.

For the midlife amateur, it’s important to remember that  differences in style and expression should be celebrated, not condemned.   It’s just not worth the emotional and personal angst to indulge in a lot of self-recrimination, of comparing ourselves to others, or ruthlessly critiquing how we sound.   The point is to open ourselves up to our “higher” musical selves and let the music flow, enjoying when we are able to suspend judgment and just “feel” the music.

So, Slatkin’s vibe and New York’s vibe isn’t the same.

Filed under Inspiration, Musicians of Note